I believe that we all feel a vibe, a resonation, with certain places in this world. I’ve heard surfers describe the feeling they get from being in saltwater as electrical, literally. They explain it as the electricity in our bodies producing a charge when dropped in a big bath of salt water like the ocean, a natural conductor. For me, living in the state of California often gives me that same charge. I’m not originally from this state but have been a resident for nearly 13 years, spending most of it exploring this magnificent stretch of land where mountains fade into sea, deserts succumb to fields of wildflowers and the oldest, tallest trees in the world reach for some of the clearest skies in our country. It’s a place where a photographer doesn’t need words to do the job of explanation. Of all of these places, one of my favorites is in Central California on a private ranch where great wine is harvested and horses ride in open fields. I was fortunate enough to spend a few days this week snapping some images that I felt most represented the almost cinematic backdrop that this great state offers. 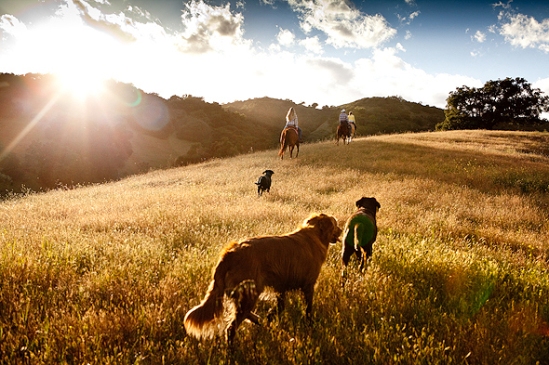 On Wednesday, March 24th, take a photographic journey from the Florida Everglades to the highest mountain in North America with Ian Shive, author and photographer of the new book, The National Parks: Our American Landscape

Shive will describe the challenge of finding new ways to document national parks that have already been photographed countless times – and how he brought a fresh perspective to that work.

Ian will explain how an aggressive marketing campaign led to the success of the top-selling title and describe how applying multimedia, social networking, and internet-based publicity were used to further develop his career in editorial and commercial photography.

Ian Shive is a Los Angeles based conservation photographer whose award-winning work has received critical acclaim nationwide. His images have appeared in numerous publications including National Geographic, Outside, Time, U.S. News & World Report, and many others. Shive presented his images and perspective on climate change  at the United States Capitol in Washington D.C. for the head of the National Park Service and members of Congress.

Shive is also the host and producer of the national park travelogue series, Wild Exposure, airing on Al Gore’s Current TV cable network.   He is also the co-founder of the multimedia production company, Wild Collective.

THERE WILL BE DOOR PRIZES,  FOOD, AND DRINK

COST: FREE FOR ALL

Welcome to the new IMPACT online exhibition, a project exploring the internet as a venue for insightful photographic work. In an effort to remind viewers of the important role photographers play around the world, an array of imagemakers were invited to share galleries on their blogs (like this one) that comprise 12 images representing an experience when they had an impact on or were impacted. By clicking on the links below the IMPACT logo, you can move through the exhibition, viewing other galleries by different photographers. You can also click the IMPACT logo to be taken to a post on the liveBooks RESOLVE Blog where you can see an index of all participating photographers. We hope that by linking different photographic visions of our first topic, “Outside Looking In,” we can provide a multifaceted view of the topic as well as the IMPACT individuals can have on the world around us.

Ian Shive Photography
Looking back on 2009, it is an obvious fact that my life was consumed with the release of my first book on the American National Parks. I introduced hundreds of new images of our parks through this book and I hoped for two things; that I wasn’t laughed out of the book stores and if I made past that hurdle, that I would have an impact on the way American’s perceive our wild lands. I didn’t just focus on the expected locations such as Old Faithful or  the Grand Canyon, but many of the often overlooked places and details that truly round out the exceptional beauty our parks have become. However I learned that hoping for an impact and actually experiencing one is something a young photographer could not anticipate. As the book reached shelves around the country, emails began to come in via my website. Strangers wrote to me, some were young students, others were avid park visitors, while others were random strangers who happened upon the volume while enjoying a coffee in a book store. Amazingly those people reached out to me sharing their own experiences and their thoughts of a renewed sense of inspiration and hope for the future of our beloved places. While those were undoubtedly a pleasant surprise, what I could never have anticipated was an invite to speak in Washington D.C. at the United States Capitol. On a rainy November night, I found myself before members of Congress and the Director of the National Parks as well as many other leaders, sharing my photos and hopefully, having an impact on their ideas of American wilderness. While this chapter is behind me, I’ve since continued my journey through our parks as well as discovering national parks in other countries who have followed our example. Below are a few images from the book and my continued journey. 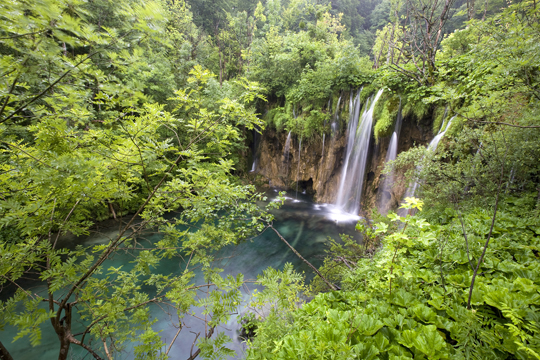 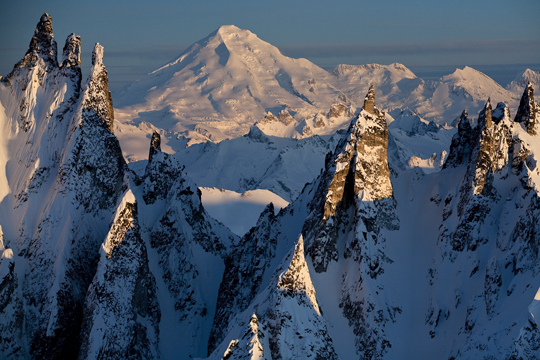 What do you dream of when your days are filled with the activities usually reserved for those fantastical visions that come with a quiet, deep sleep? This was the thought that went through my mind as my small Cessna left a dirt and snow runway of the remote backcountry town  of Port Alsworth, Alaska in the last hours of daylight. As the engine sputtered bringing me and my pilot higher and higher, the valley below disappeared into a royal blue shadow punctuated by spearheads of wild salmon pink mountaintops. My door was completely open though I was harnessed to my seat by a four point belt that would make any mother feel a bit more at ease. Still, with temps dipping below zero and traveling at 85 knots, the windchill itself was a dangerous -60 fahrenheit. At these temps, a hot cup of coffee would freeze before it would hit the ground. Wrapped in down jackets but still tearing up as I hung out the side of this small aircraft, we bounced around above the tops of the mountains while I captured image after image of the dreamscape. Elated but not satisfied, I went back up again at sunrise. I struggled to keep the lens steady in the wind while I fought my own breath from fogging up the view finder. These are a few of those images: 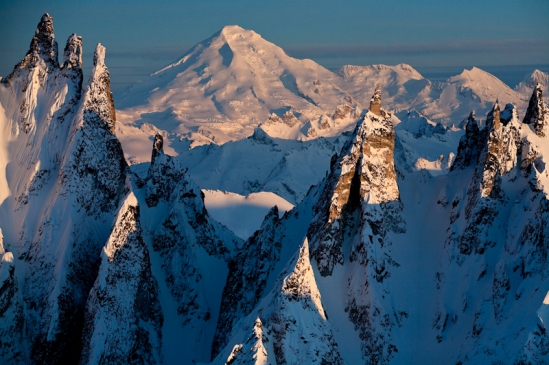 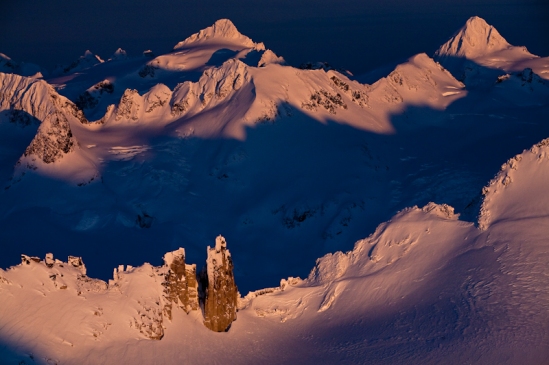 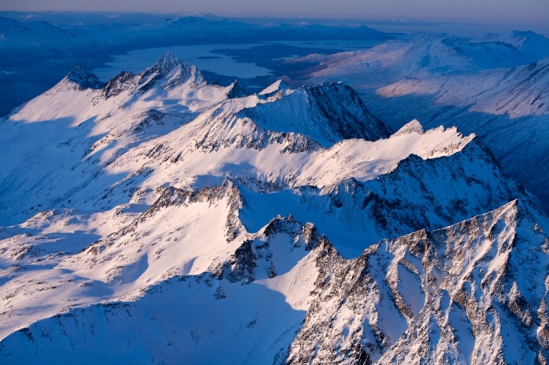 Join me for a casual, fun night at the always delicious Farmer & Cook Restaurant this Wednesday, January 6th @ 7:00pm. I’ll be presenting some of my latest images of America’s National Parks as well as going behind the lens of some of my most ambitious conservation journey’s including being embedded in a search & rescue crew on Mt. McKinley in Alaska to traveling the entire length of the U.S.-Mexico Borderlands. All are invited, the event is free but you are encouraged to get some food and organic veggies at the restaurant and market.

So I realize that this blog has basically become a brag and less blog. Too many news clippings, published work, etc. and while it’s all great and I’ve had an excellent year and feel incredibly fortunate – amidst all of the book campaigning I have had time to shoot (!) and wanted to share some of the recent work from the last few months. 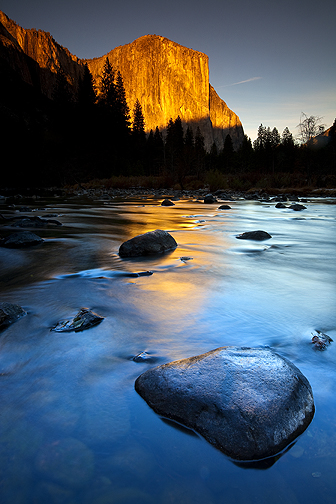 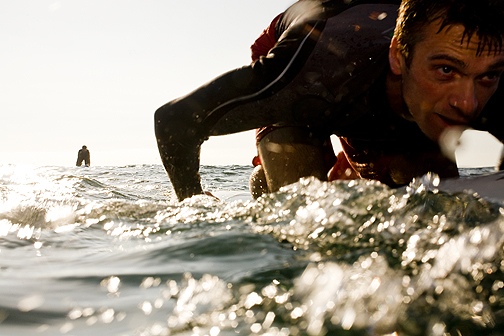 Brian Murphy rests on his board above a school of fish